In 1996, Capstone Green Energy (Capstone Turbine, at the time) had yet to produce a commercial product, and there was a great deal of engineering development work needed to develop the first 30kW system. It was a daunting task, but Ray Hu was up to the challenge. After spending several years working on the International Space Station (ISS) at Honeywell, he stepped in to run Capstone’s engineering laboratories. Fast-forward 25 years, Ray Hu is now Capstone’s Director of Technical Services, and according to Hu, his “career arc largely follows Capstone’s evolution.”

While Hu would humbly describe his job to a group of eight-year-olds as “building machines that make electricity, so they can turn the lights on and power electric motors,” he has accomplished far more than that at Capstone. After establishing the 30kW system, Hu helped the laboratories transition from developing unique, customer-specific C30 engines to developing engines with the potential for mass-production. He then spent time improving the reliability of the C200 system, ensuring each system worked as well as its neighbor. Currently, in a more outward-facing position, he aids distributors in making sure existing systems in the field are running properly and determines design trade-offs for proposed systems.

Today, we are celebrating Ray’s 25th anniversary with Capstone. His innovative thinking, dedication and hard work have been an integral part of our history and success. Thank you Ray, and congratulations on reaching this impressive professional milestone. 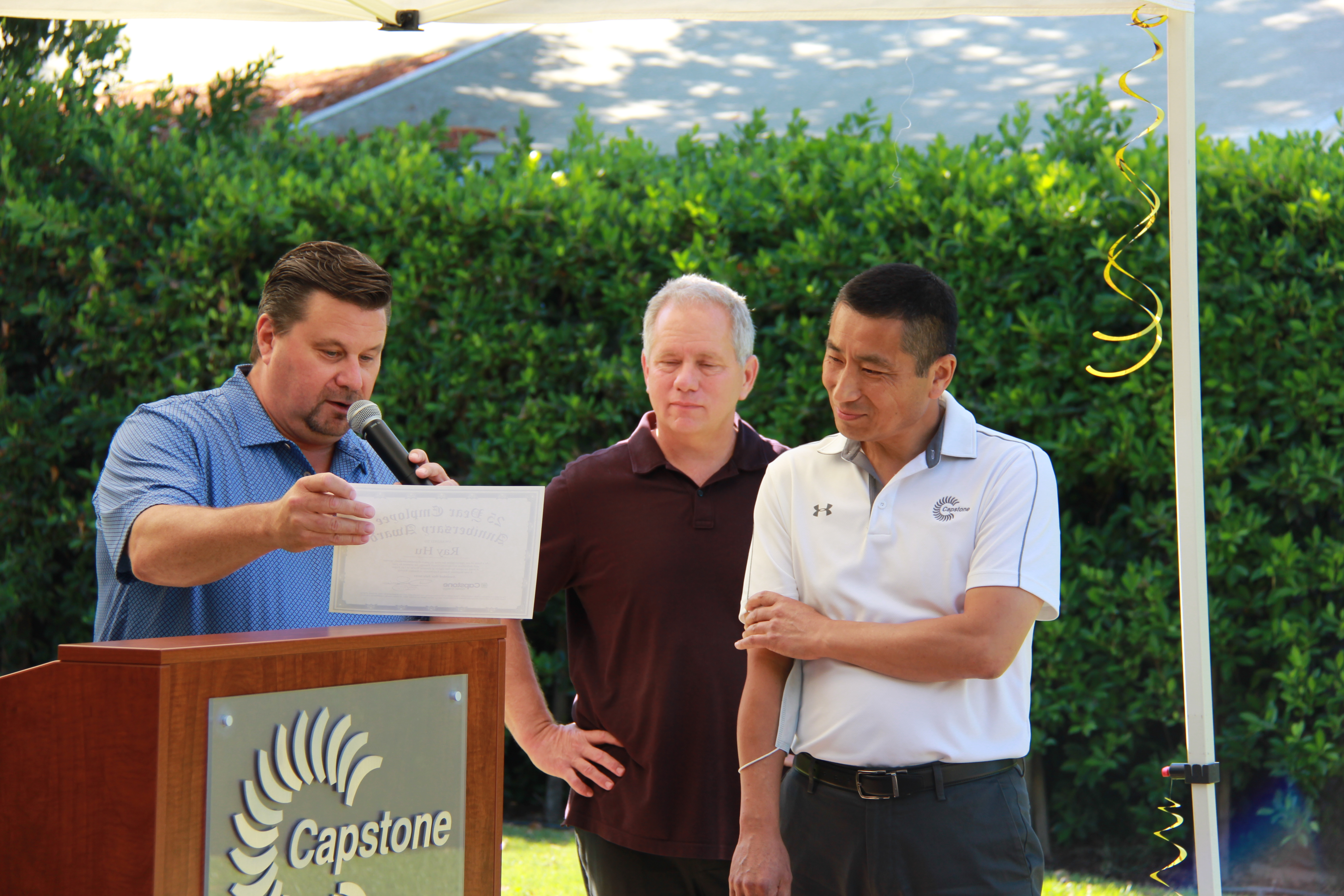 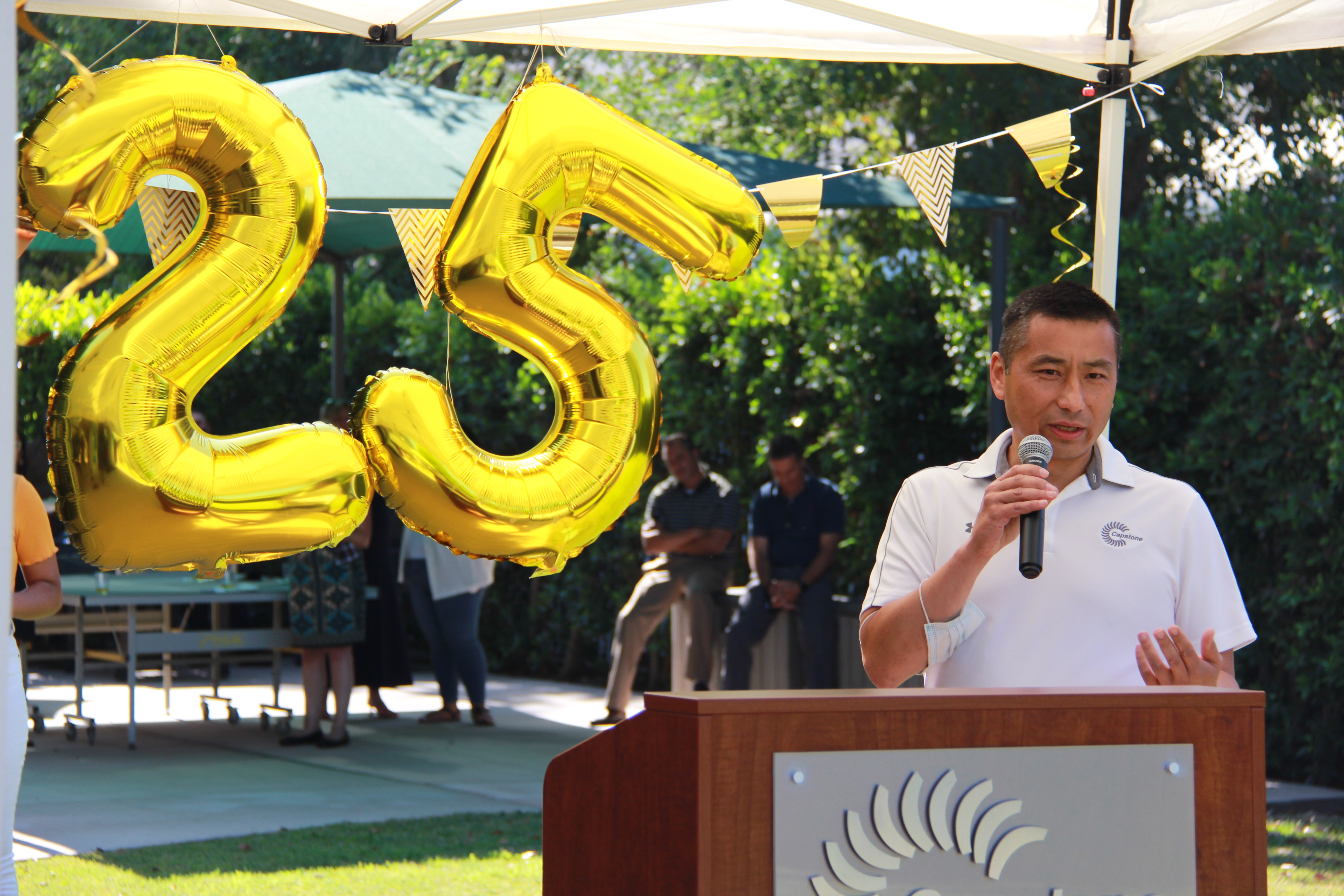 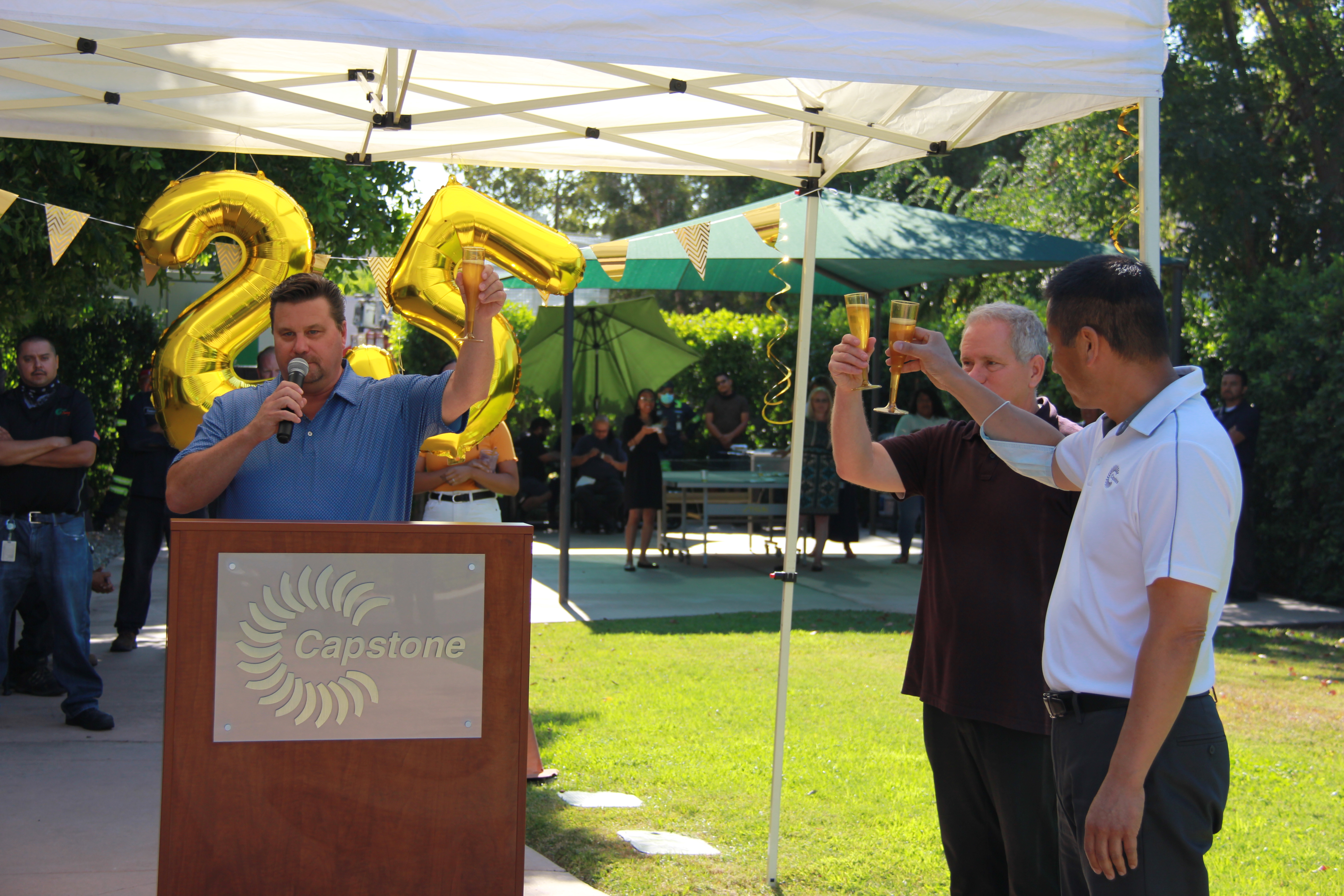